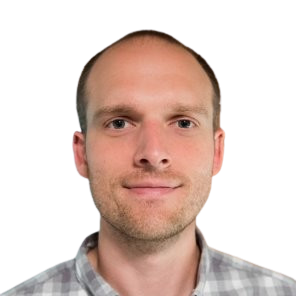 Palantir creates unique software that enables data-driven operations and decision-making, typically geared toward international governments and intelligence agencies. Although it initially picked GitOps for its dev-friendly workflows, this strategy wound up being significantly harder than expected.

For more than five years starting in 2017, Greg DeArment, the company's Head of Production Infrastructure and Apollo Platform, enjoyed a first-hand perspective as Palantir refined its Apollo platform in support of Continuous Deployment (CD). As Greg shared in this talk, however, the transition wasn't always a success. Here’s the full story of how his team had to regroup multiple times to reach the goal.

Palantir works by offering multiple systems for its clients, including Foundry and Gotham. Although these products are distinct, they're both powered by the same underlying DevOps platform that Palantir built in-house: Apollo.

The company rolled out Apollo around 2017, marking its first foray into the production use of GitOps – though it had already begun investing in platform engineering and infrastructure as early as 2015.

Today, the Apollo platform serves hundreds of environments and services alongside more than 1,000 engineers working in four- to twelve-person teams. According to Greg, it's behind everything about how Palantir builds, deploys, and operates software in production.

Apollo can be found in hyper-scale cloud environments, on-premises environments for governments, and increasingly in edge environments. Greg said that all told, the platform typically saw thousands of deployments and configuration changes daily. So how did his team handle that much GitOps work?

How GitOps scaled at Palantir

Greg noted the roles ownership and organization played in the platform's ups and downs. The company divided its Apollo workforce into two main teams:

When it came to putting these formidable capabilities to work, Greg said Palantir had three main use cases for GitOps. He also posed a few questions that might help you inform the why behind your mission as you try to promote more GitOps-friendly platform engineering workflows:

Most of Greg's talk focused on the first use case. He also dropped some useful insights into the other two goals during the session – and discussed how success didn't come all at once.

Since Greg arrived at Palantir around 2017, Apollo adoption has grown linearly. This expansion reached more than 10,000 monthly pull requests by 2021! Despite the apparent success, Greg's team was in a constant battle to manage time to merge PRs.

Though Apollo had started as a massive accelerant for the company, it eventually made a burden of itself. He notes that although the platform automated a lot of tasks, like opening pull requests for every environment Foundry was running in, it took significantly longer to merge these requests compared to those opened by individuals. In some cases, requests would take a whopping 140 hours to resolve!

Searching for a problem-solving strategy

Something had to change, so in 2019, the team made some concerted investments geared toward lowering the number of PRs, such as restructuring repos to promote easier management.

While this strategy worked for a while, problems kept creeping back into the picture, requiring new solutions and fixes. Eventually, the company realized that its existing piecemeal approach wasn't worth the trouble.

While internal users' opinions on Apollo varied, Greg observed that their dissatisfaction typically scaled right along with their usage! Some notable sticking points included that:

Discrepancies between Git and production weren't easy to solve. Try as they might, the teams tasked with debugging these issues commonly encountered back-ups because they had to go through the teams that owned the GitOps system:

One of Greg's most powerful takeaways concerned relying on dev tools to power production GitOps. Palantir could only respond to incidents if these systems were available and reliable:

Many of these challenges were undoubtedly related to the way Apollo did GitOps. Still, they're worth considering even if you're not using developer tools to power the bulk of your platform, particularly when it comes to understanding how different stakeholder needs might clash and make your platform less successful than you intended.

For about three years, Greg and his team slogged along, making incremental progress in improving their GitOps workflow user experience. Then in 2020, they decided to pursue more sustainable gains by rethinking their entire approach to GitOps with a focus on four broad goals:

1. Adhering to the GitOps principle while refining the implementation

Having a declarative, single source of truth with an auditable history and change management controls was a definite plus, but the team knew its old tooling was unsustainable. The new implementation would target the same functional features without tying Apollo to existing source control systems or tools.

Apollo engineers decided that users shouldn't have to interact with YAML files when it didn't make sense to do so. Instead, they'd aim for an intent-based, outcome-oriented workflow that let people deal with changes at the team level instead of on a per-repo basis, permitting organization-wide changes with less manual intervention.

3. Furnishing a better model for permissions and approvals

Instead of aligning permissions and approvals to the files being changed, the team chose to organize them by roles and responsibilities. This also applied to approval decisions, which would now be routed based on the contents of changes.

The team decided users should know when and why changes were pending. Leadership also wanted users to be able to view changes from a single viewpoint instead of having to hunt through hundreds of different repos or become experts in Palantir's GitHub repertoire.

The team achieved some of these improvements by redesigning existing Apollo features. For instance, modern versions of the platform include dashboards and forms that let users make changes to repos based on their intent and higher-level goals – instead of diving into the technical specifics or editing YAML files!

Greg wrapped up by discussing some of the broader lessons he'd gleaned from being at the driver's seat during Palantir's quest for GitOps success. For one thing, he said that compared to small teams, platforms that serve many types of users tend to have completely different GitOps experiences – As complexity increased in terms of the number of products and teams involved, so did the operational overhead of GitHub-powered GitOps.

Greg also cautioned that your growth might not be as tidy and predictable as you expect. The tools that get you started with GitOps aren't necessarily going to serve you equally well when it's time to scale.

The same goes for your approach to platform ownership and team structure: If you’re not careful, the same DevOps team that owns your GitOps infrastructure may end up becoming the bottleneck itself.

Greg's talk was a great insider look at how a massive organization can leverage GitOps and smart platform-engineering practices. Want to hear more tips on what to expect from your GitOps journey and Greg's informative responses to questions from the audience? Watch the meetup video.